“The calm before the perfect storm” by Christoph Pfluger, Zeitpunkt 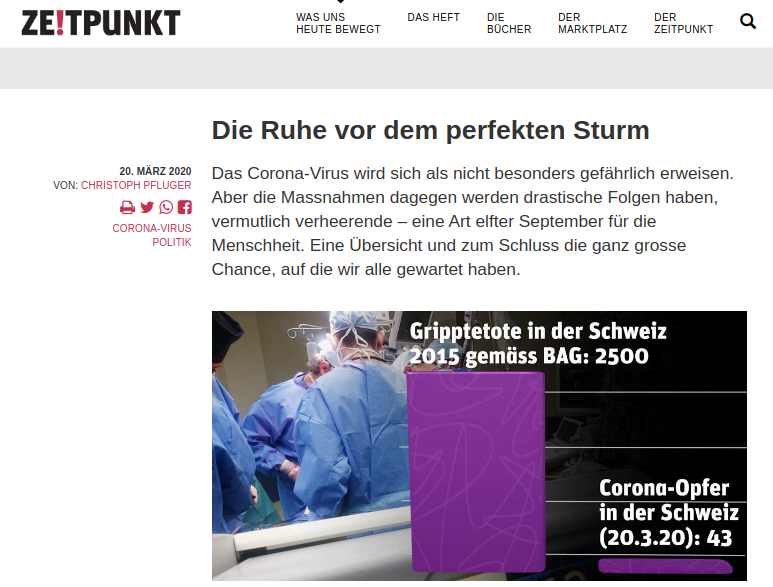 “The corona virus will not prove to be particularly dangerous. But the measures taken against it will have drastic consequences, probably devastating – a kind of eleventh of September for mankind. An overview and finally the very big opportunity we have all been waiting for.”

“Not much is known about the corona virus either, although according to a study from Scotland from 2005 to 2013 and in Seattle up to 7 respectively 15 percent of respiratory diseases were caused by it. As a pathogen, the corona virus was not interesting enough and not dangerous enough to be tested at all.“ Brought to the figures of Switzerland – yearly between 4000 to 4600 deaths through infectious diseases of the respiratory system – it means that in Switzerland each year, around 280 and 690 persons die from a corona virus infection. And no one ever talked about them!

← 99% of Those Who Died From Virus Had Other Illness, Italy Says Interview with swiss epidemiologist Pietro Vernazza: “The figures for the corona virus of young sick people are misleading” →